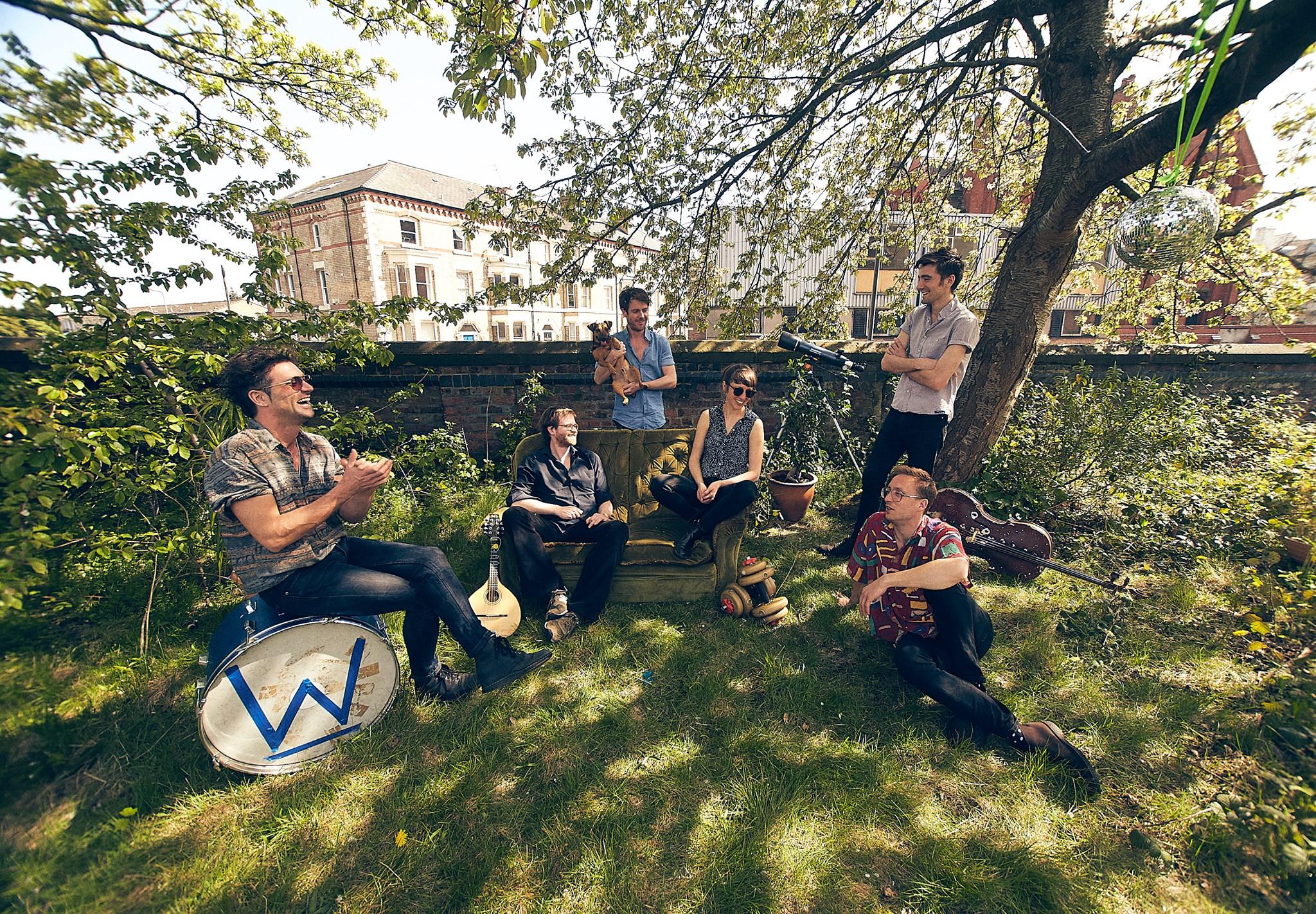 The band’s pulsating sound was born from an all night techno-old time session in an abandoned primary school north of the River Mersey, the result of an unlikely encounter between an inebriated touring folk group and a soaring, topless Irish drummer.

Their endorphin-drenched energy will have you itching to dance.